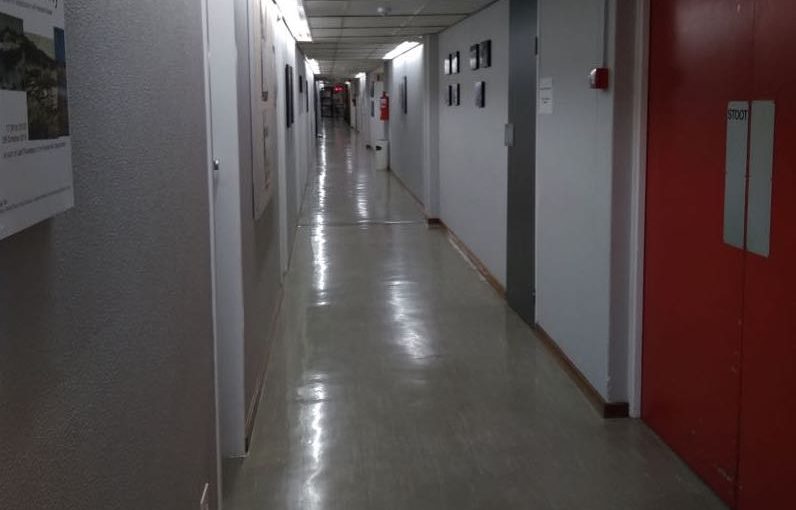 This is the fourth post in a series of critical engagements with Hugh Gusterson’s paper, Homework: Toward a Critical Ethnography of the University. I won’t repeat the framing of this series here, but you may want to read the introduction before continuing, or see the whole list of posts.

I suggested in the previous post that Gusterson does not really engage with the large body of work on identity and intersectional perspective that has — rightly — become central to critical work on higher education.

This makes me anxious.

I have argued elsewhere that there is no authentic we in the field of U.S. higher education, because social, political, racial, gendered, national, linguistic, and ideological fractures leave ”us“ fundamentally divided. All general representatives of this system, however critical, are only pretenders, inevitably blind to positions other than their own. I have also observed that the “we” of many academics writing about precarious work tends to lead into liberal pity politics, where a tenured “we” takes pains to distinguish itself from the “they” of adjunct or precarious work, its moral concern subsequently becoming an ineffective substitute for politics.

Unfortunately, this position is more or less where Gusterson ends up. Gusterson aspires to this sort of general we inasmuch as he desires to construct a systematic anthropology of higher education, one not limited to the perspective or problem of a particular social identity. Inasmuch Gusterson’s paper aspires to some kind of general perspective, we are justified in asking just how this perspective is constructed rhetorically, and in asking what it constructs itself against.

On a textual level, Gusterson frequently uses the pronoun “we” to carry his argument. I count about thirty we-s in the body of the text, and only seven I-s. But gradually it becomes clear that this we is not everyone. It becomes clear that you have to be a tenured professor to really count as part of Gusterson’s we. For Gusterson, “we” doesn’t really include adjuncts and other precarious staff. For him, precarious workers are they.

Here is how we comes up:

The big story here, and one that comfortable tenured faculty like myself might prefer not to notice, is the rise of adjunct faculty relative to tenured and tenure- track faculty.

While Gusterson does not manage to contemplate his whiteness or masculinity, he does at least here acknowledge his institutional status, and he acknowledges that it comes with a form of structural blindness: blindness about precarity.

He continues, citing Sharff and Lessinger’s important 1990s-era analysis of the “academic sweatshop”:

In fact, reading the first-person testimony of some adjunct faculty, I was reminded of interviews I read a decade ago with underpaid janitors who said they appreciated working at Harvard because the food the students threw away was indispensable in feeding their families. Based on their interviews with other adjuncts, Sharff and Lessinger report that, aside from the insecurity and low wages, adjuncts suffer from what one of their interviewees described as “isolation, feelings of hopelessness, feelings of worthlessness, being treated like shit.” (442)

There is obviously nothing wrong with being a janitor (aside from the fact that the role is deliberately stigmatized, devalorized and immiserated in most university workplaces). But here Gusterson deploys the figure of the janitor in a way that I find politically toxic. Gusterson is in effect dramatizing the immiseration of adjuncts by comparing them to the lowest class of academic workers, the custodial staff. The adjuncts are more like janitors, the lowest of the low, than they are like me, a comfortable tenured professor: this seems to be the logic of the argument.

In making such a comparison, Gusterson seems invested in pushing the adjuncts’ indignity and starvation far outside of his own self, which he represents as comfortable and even potentially oblivious to the suffering of adjuncts. We pity them: this becomes the underlying structure of Gusterson’s critical address. We don’t get any new analysis of adjuncts themselves here. We learn instead about Gusterson’s own melodrama of disidentification with academic proletarians.

And even on its own terms, the fragment here of self-analysis already lets the tenured faculty off too easily. Gusterson says that “comfortable tenured faculty like myself might prefer not to notice” the growth of precarity in academia. But I must protest this banal formulation — for what kind of tenured professor at this point is still oblivious to the suffering of adjuncts? Adjunct suicides and unionization campaigns are frequently in the media. The AAUP releases an annual report on the status of the profession. Obliviousness at this point is more than an accident or a matter of social structure. If it exists, it is a reactionary existential choice.

In a subsequent paragraph, Gusterson goes on to endorse an adjunct at Harvard who has characterized adjunct labor as “the great shame of our profession.” Yet It seems to me that the latter author, Kevin Birmingham, has earned the right to speak of the shame of our profession in a way that Gusterson has not, because Gusterson’s text is not really representative of the academic profession, but only speaks for its privileged, dominant class fraction. That is why it contains numerous classist references to “comfortable tenured faculty like myself” (442) and to “those of us who are faculty” (444). Throughout the paper, Gusterson presumes that his narrow — indeed, shrinking — segment of the professoriate has a legitimate claim to speak about it in general.

Can the tenured professoriate still speak for the academy in general?

Nothing illustrates better than Gusterson’s paper the problems with their ongoing claims to legitimacy in public discourse.

To be clear, though, my point isn’t that you can never write we in this line of work. It’s that this we needs to be earned, not presumed. Inclusive language requires inclusive politics. Claims to belong, or to adjudicate belonging, or to claim collectivity, cannot just remain a default privilege of the powerful.

Meanwhile, it’s more than alienating, at the very level of language, to produce a discourse that treats adjuncts as starving figures needing pity and shock. Actually what precarious folks need is for more tenured faculty to support their — our — labor organizing campaigns and to stop writing about them — us — in the third person.

But at least Gusterson qua tenured professor knows that his claim to righteousness is troubled by his very status. Gusterson qua anthropologist, on the other hand, is painfully unambivalent about his field’s potential for critical righteousness.

2 thoughts on “Critical Point 4: The tenured “we” or the subject of liberal pity”