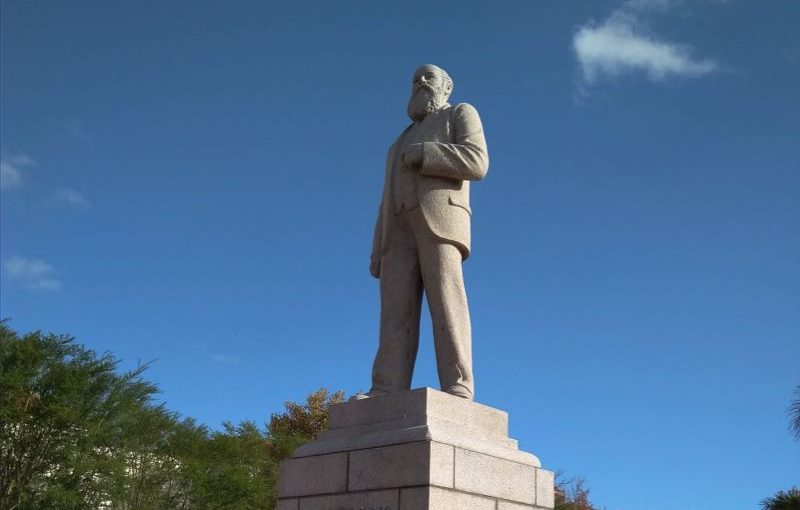 This is the sixth post in a series of critical engagements with Hugh Gusterson’s paper, Homework: Toward a Critical Ethnography of the University. I won’t repeat the framing of this series here, but you may want to read the introduction before continuing, or see the whole list of posts.

I was just saying that Gusterson is uncritical about anthropology itself. This extends to a profound lack of self-consciousness about his own institutional location in the field.

When Gusterson originally delivered this paper orally, it was as his Presidential Address for the American Ethnological Society. Now this puts him at the very top ranks of the global status system in the field, because American anthropology is the globally dominant and basically hegemonic center of the discipline, and the AES is at the top of the status system within American anthropology, and then Gusterson was at the top of it.

He chooses nevertheless to inaugurate his paper by punching down at a subordinate sector of U.S. anthropology: the educational anthropology world that I am somewhat part of. Here is the second paragraph of his paper, which wants to show that anthropologists have an “avoidance relationship” to studying universities.

If one looks, for example, at the last four years of the journal Anthropology and Education Quarterly, one finds that, out of over 100 articles, only four focused on universities, and of these four, only two addressed US contexts. Anthropologists have shown a strong preference for studying high schools, middle schools, and elementary schools over the educational institutional sector in which they themselves are most likely to work, despite the obstacles that institutional review boards throw in front of ethnographers studying minors.

Ironically, the reasons why educational anthropologists overwhelmingly work on primary and secondary education are precisely … political economic. Education schools are where the jobs are — such as they are. There are approximately zero U.S. faculty jobs for anthropologists of universities, because traditional anthropology departments don’t need them, whereas higher education programs already control their own (tiny) field and don’t need to hire disciplinary outsiders. Meanwhile, in education schools that train teachers and school administrators, there are indeed a number of teaching jobs in “educational ethnography,” “anthropologists of education,” ”qualitative methods,” and the like.

Thus within the Council on Anthropology and Education (CAE), which is this subfield’s scholarly association in the U.S.A., most of its participants don’t come from traditional anthropology departments, they don’t have a massive amount of disciplinary status, and they come to constitute a relatively dominated, marginal subfield within the American Anthropological Association.

This intradisciplinary status system is in turn deeply gendered. Schooling/socialization/reproduction are gendered feminine. Educational anthropologists — possibly even more than the American Ethnological Society — are predominantly women. And the broader symbolic system that devalues women’s concerns and prioritizes men’s concerns tends to contaminate anthropology as well.

Gusterson seems unaware of this, and yet it puts in question his own methodology. Once one begins to account for the internal structures of gendered hierarchy within anthropology itself, it no longer makes sense for a dominant figure like Gusterson to scrutinize the CAE’s journal, Anthropology & Education Quarterly, to see whether it shows a sufficient preference for publishing work on higher education. The political economy of educational anthropology means that educational anthropologists have to work mainly on primary and secondary education; this is actually their job description. Reading this economic structure as a collective “preference” — or as an aversion to studying higher education — is an analytical mistake that Gusterson did not need to make. And to see Gusterson then go on to dismiss the work of overwhelmingly women ethnographers of college as being too unsystematic, too mired in studying identity/race/gender/students/subcultures/classrooms, basically inadequate and not sufficiently critical…

Well, those who abstain from gender analysis (and I include myself here in my own earlier work) are often doomed to reproduce the dynamics that they refused to learn about. And as Sara Ahmed writes in Living a Feminist Life:

At times, it can be tempting to think: it would be less difficult if I could just stop noticing sexism and racism. It would be easier to screen things out. Personally I don’t think that is an easy option. And I don’t think that it is always available as an option: because having let the world in, screening it out, would also require giving up on the subject you have become. I think this is a promise: once you become a person who notices sexism and racism, it is hard to unbecome that person.

I would love to see Gusterson become this sort of person. I don’t think it is too late. Perhaps the time has come for me to stress this: my point isn’t that his project is altogether terrible or that he is wrong about everything. I have no personal complaint about him; we have never even met.

But my point is that his work remains limited by structures he still seems to want to screen out. If only by making them secondary, by trivializing them a little, by ”just happening” to not be satisfied by women’s ethnographic work on these topics…

One thought on “Critical Point 6: Gender and dominated subfields in U.S. anthropology”